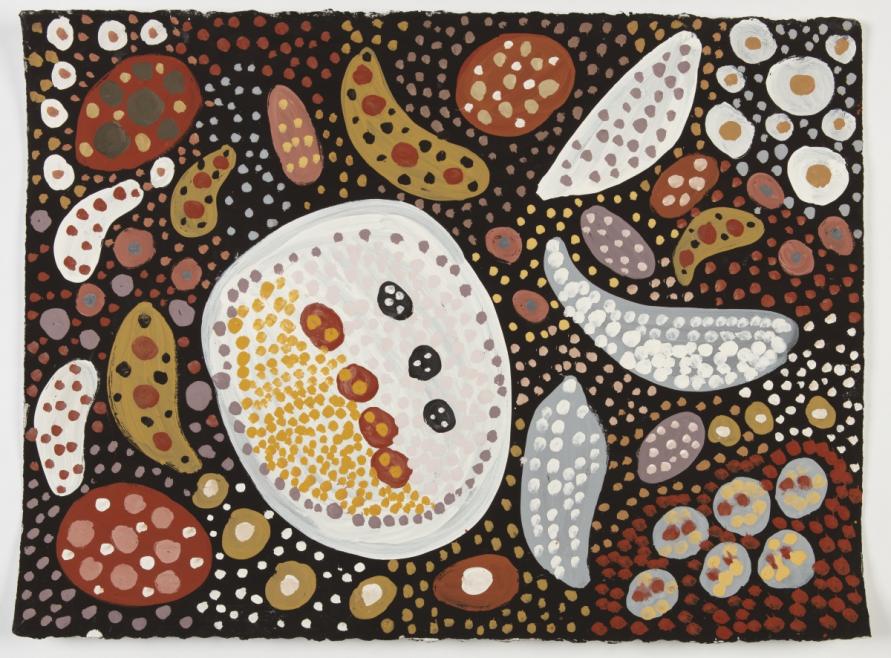 This image depicts the pretty rocks (aru), rock formations, rock pools and small rivulets of the artist's husband's country along the Berkeley River in the Kimberley region of Western Australia. Mary Taylor’s art maintains her ongoing connection to her husband and his Country. Having lived and walked the river length with her husband and their children, Mary was acutely familiar with the geography and geology of place. Her swirling circle formations show the eddies of small rock pools and the rock markers along the river banks. Here she played as a girl among the ‘aru’- rocks and stones, fishing, swimming and telling stories. Occasional trees, palms and bush flowers often add to her compositions of stones and rock-holes signifying a particular memory and place of importance. Her inspiration came from the stories told to her by her husband. "The stories told to me while we hunted for fish and turtle. He was a good old man, my husband."

Reproduction Inquiries Contact us about this artwork
< Back to search
Vernon id: 23919
© 2021 Art Gallery WA All rights reserved.