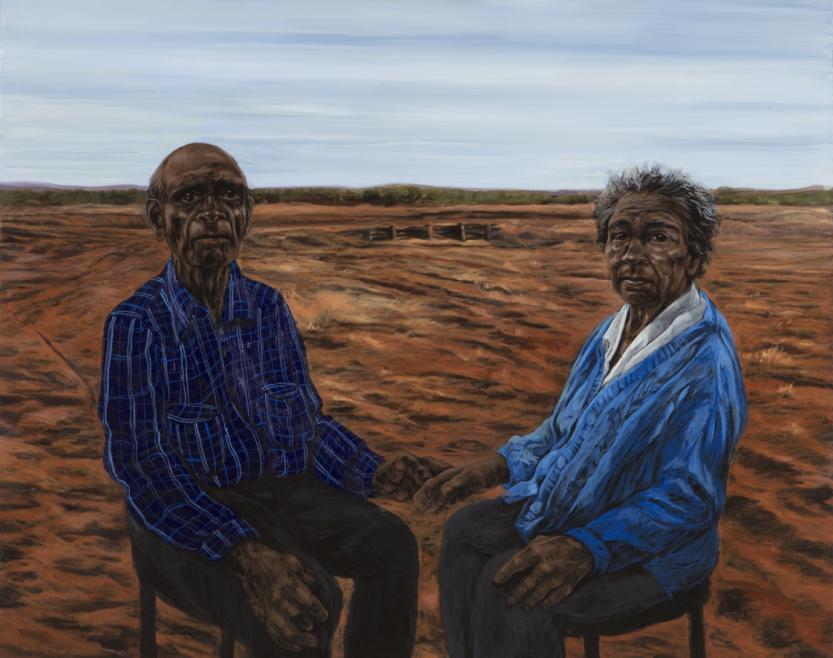 My grandmother, Mollie Dowling (née Latham), holds the hand of herolder brother, Uncle George Latham as they sit in their country at aplace named Yalgoo. The small deteriorating form of a railway siding canbe seen in the centre. It is an artefact of the gold rush that happenedin this area. The Badimaya translation for Yalgoo is goanna fat. Whenlocal people were asked what they thought the gold nuggets were, theyresponded stating that it resembled the fat found inside of a goannawhen opened up before it was eaten.I needed to show my family elders together because they were the lasttwo of their nine siblings. They are now both gone to our ancestors. Iwanted to show how economic whims mean nothing in comparison tothe wealth there is in cultural people.

Reproduction Inquiries Contact us about this artwork
< Back to search
Vernon id: 22850
© 2020 Art Gallery WA All rights reserved.