George: The blind (from the Family series) 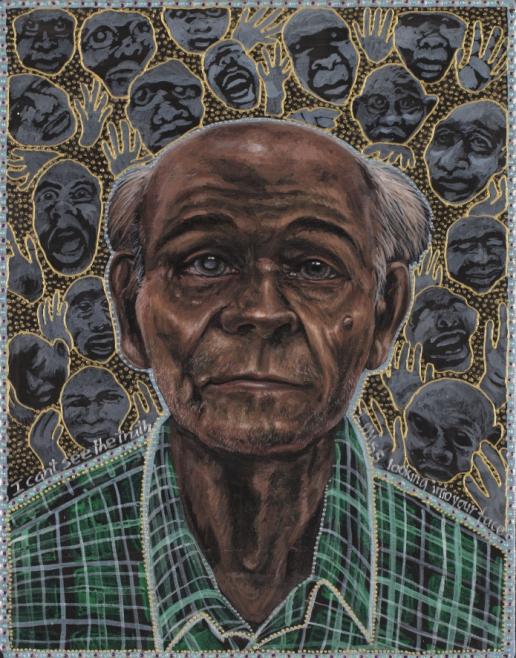 George Latham was my maternal grandmother’s older brother. He livedtill he was 90 years old.He became blind due to an accident involving a nurse who was hidingher mental disorder from her colleagues. When she did a procedure tolook at his retina, she left the machine focused on his eyes causing himto go blind from the accident.Since this happened, he told me he could tell when someone was beingracist to him even though he couldn’t see. He could tell from their voiceif they were white or not. He said it was in the way they talked at himrather than with him.

Reproduction Inquiries Contact us about this artwork
< Back to search
Vernon id: 22867
© 2020 Art Gallery WA All rights reserved.