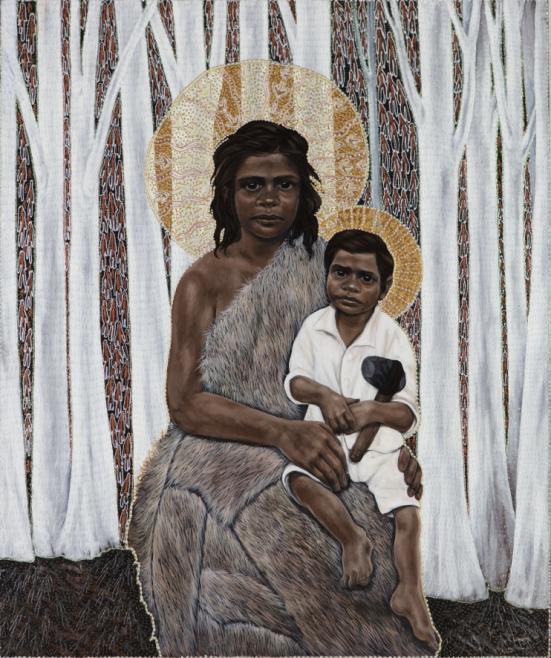 Artist statement, 2018I made this painting in honour of First Nation mothers, whose children were forcibly stolen from them by white governments and institutions, in order to assimilate the children. In Roman Orthodox Catholic art there are early depictions of the Madonna and Child (Jesus) as black people, which continues today. I wanted to hold a mirror up to the hypocrisy of governments that honour the sacredness of a black Madonna and child, while at the same time stealing First Nation children from their mothers.

Reproduction Inquiries Contact us about this artwork
< Back to search
Vernon id: 22862
© 2023 Art Gallery WA All rights reserved.