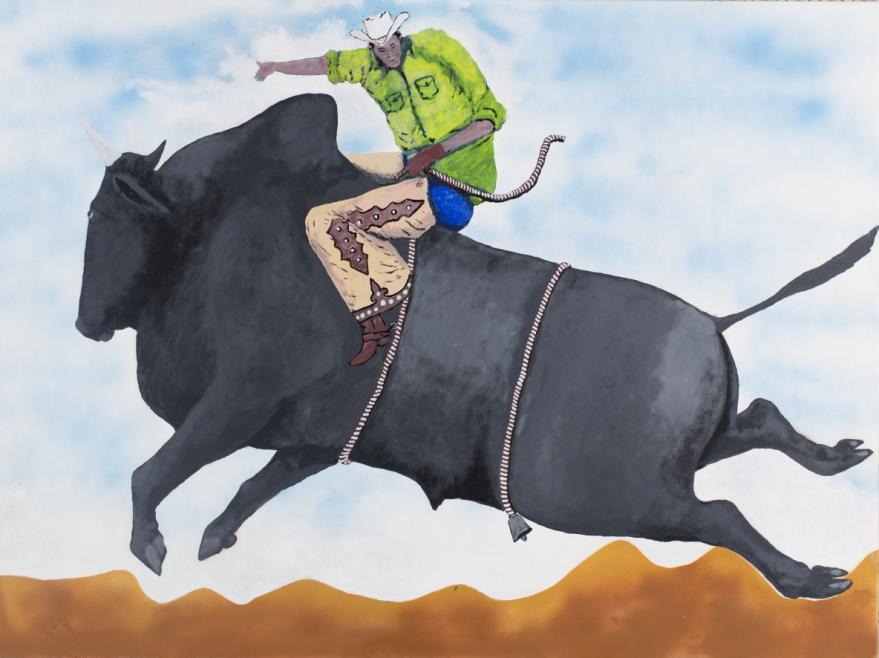 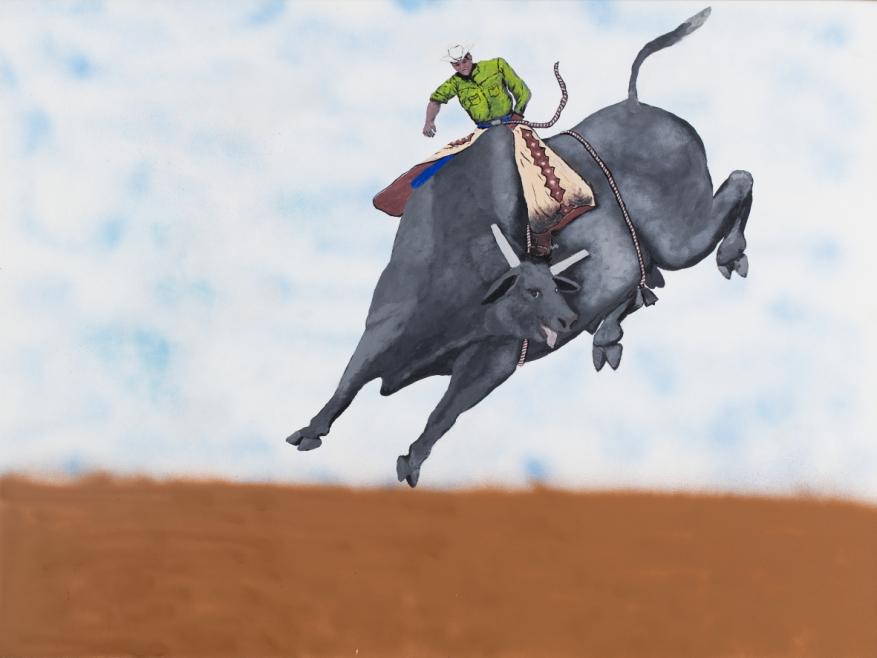 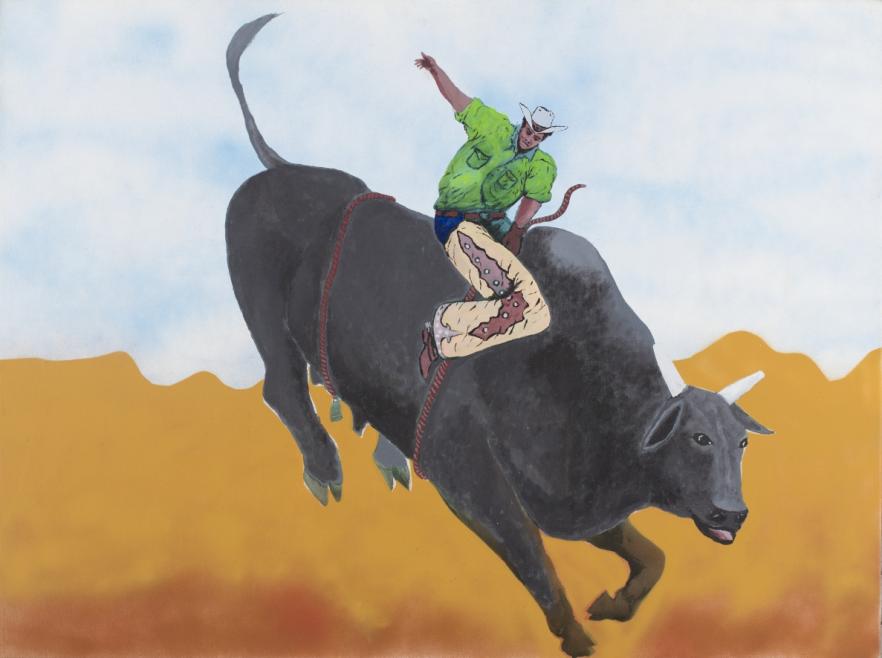 Curatorial insightThe State Art Collection holds several works by Mervyn Street that illustrate the toughness of living on and around cattle stations in the Kimberley. The painting Bull ride extends this theme by focusing on the activity of bull riding, and bull riding at the Fitzroy Crossing rodeo in particular. Bull riding is a highly revered past time among stockmen in the Kimberley and other parts of Australia. Aboriginal and non-Aboriginal men alike participate in this endurance sport. Bull riding is also a spectator sport, and one of the main attractions for audiences and cowboys willing to try their luck at small and large rodeos across Australia and North America. Across three painted panels, that are meant to be read like a film rolling and recording a scene, Street captures the determination and resolve of an Aboriginal cowboy to stay upright on a thrashing bull. Using a naïve painting style, the artist expertly captures the movement and collective energy of bull and rider, creating a sense of anticipation among viewers as to whether the rider has a victory or fall. (AGWA 2016)

Reproduction Inquiries Contact us about this artwork
< Back to search
Vernon id: 22674
© 2020 Art Gallery WA All rights reserved.