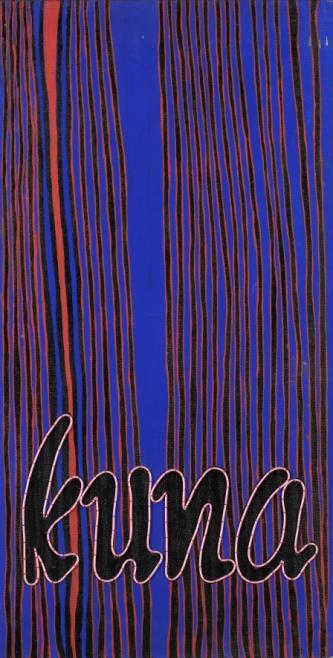 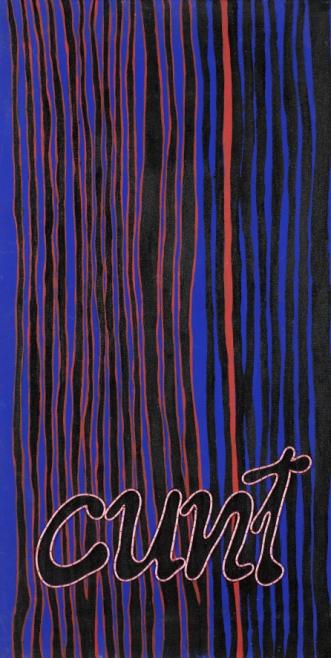 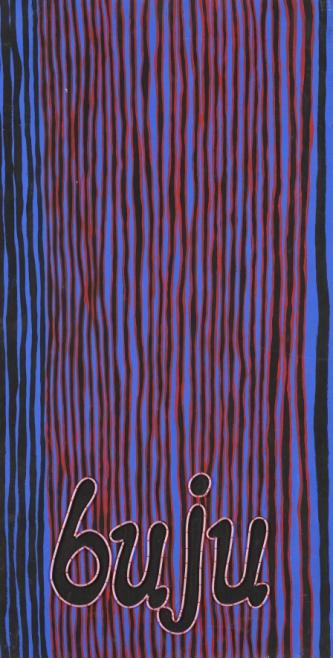 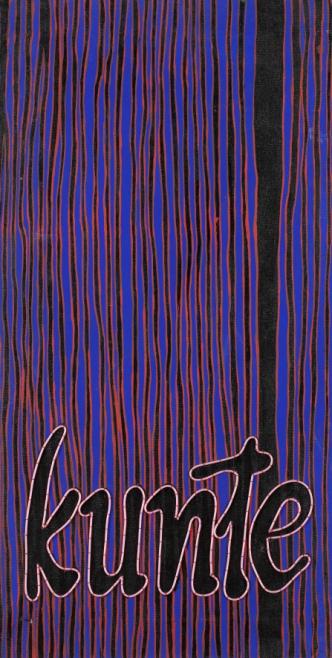 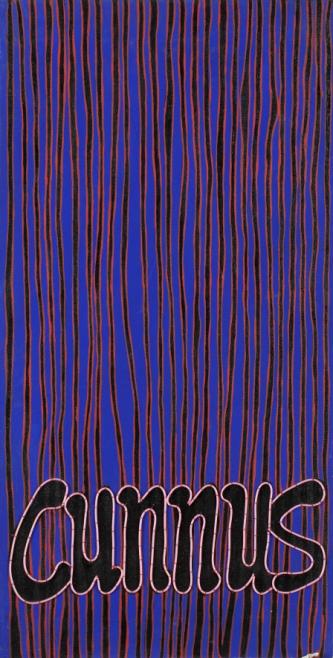 The five panel painting, which features five alternative words for vagina, investigates gender, feminism and sexuality – and by default, the ebbs and flows of taboo subjects. Dickens is one of only a handful of Indigenous artists to consider LGBT (Lesbian, Gay, Bisexual and Transgender) issues as part of her practice. This is in part due to her own identification as a member of this community. About this work, Dickens says, 'this painting was included in a solo exhibition "Sheila's Downunder" in 2000 as part of the arts program for the Sydney Olympic Games. All the works in the show embraced different words for vagina that are used around the world, some friendly and some abusive. The origins of the words in this work are: Cunnus – Latin; Kunte – Old Frisian; Kuna – Basque; Cunt – Middle English and definitely not a slang word; and Buju – an Aboriginal word for cunt that is not negative' (The artist, 2016). For different reasons, in Australia today, discomfort descends on most public discussions about the female body, especially about the ‘bits and bobs’ downstairs.

Reproduction Inquiries Contact us about this artwork
< Back to search
Vernon id: 22420
© 2020 Art Gallery WA All rights reserved.