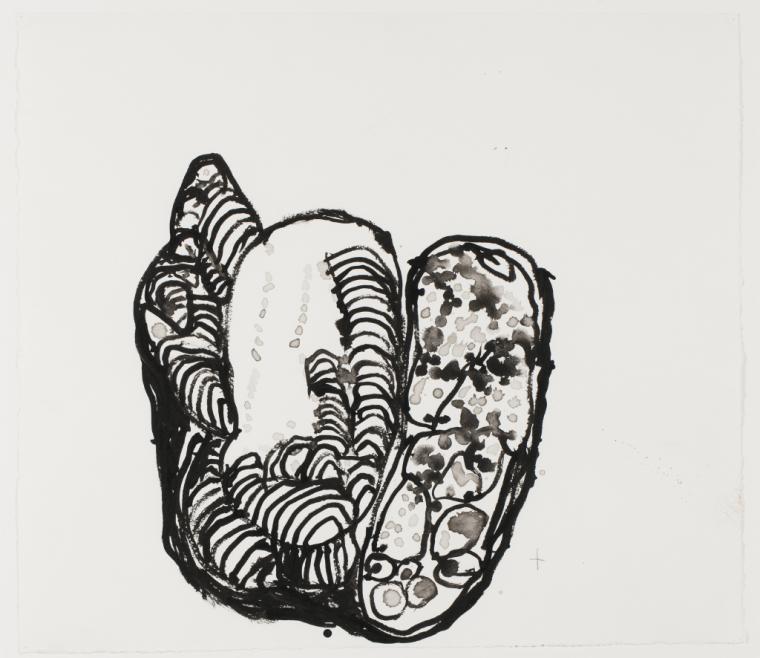 Curatorial insightKuntjil Cooper, like her contemporary Anmanari Brown, is senior woman of the Pitjantjatjara language group. She was born at Irrunytju Rockhole and lived in the desert with her family until she was a teenager, when she met white people for the first time. Cooper began painting only relatively recently and works solely through Irrunytju Arts. She was one of the senior women who helped to establish this remote art centre to support cultural practices in country and as an economic initiative. Her ink drawing is thought to be among the first set ever produced by Irrunytju artists. (AGWA 2005)

Reproduction Inquiries Contact us about this artwork
< Back to search
Vernon id: 17403
© 2020 Art Gallery WA All rights reserved.