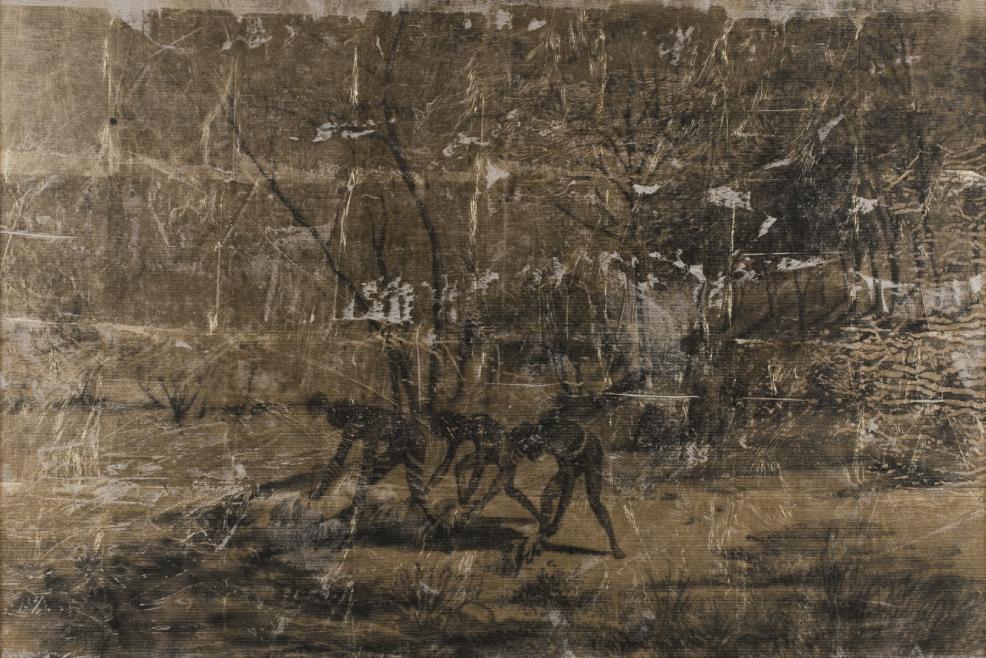 Curatorial insightThis is one of a series of six large history genre paintings that represent, in the the artist's words, 'fantasy, drama and an explorer's view of Aboriginal life away from the British colonies'. The series is inspired by the 1860s etchings of Gustav Mutzel, commissioned by the Prussian naturalist William Blandowski. Andrew sourced these images in 2007 during a research visit to the Museum of Archaeology and Anthropology in Cambridge, England. He considers Mutzel's etchings important as they depict some of the earliest imaginative and personal exchanges with Aboriginal people and cultures, resulting from Blandowski's expedition of 1854-55. (AGWA 2015)

Reproduction Inquiries Contact us about this artwork
< Back to search
Vernon id: 22119
© 2020 Art Gallery WA All rights reserved.