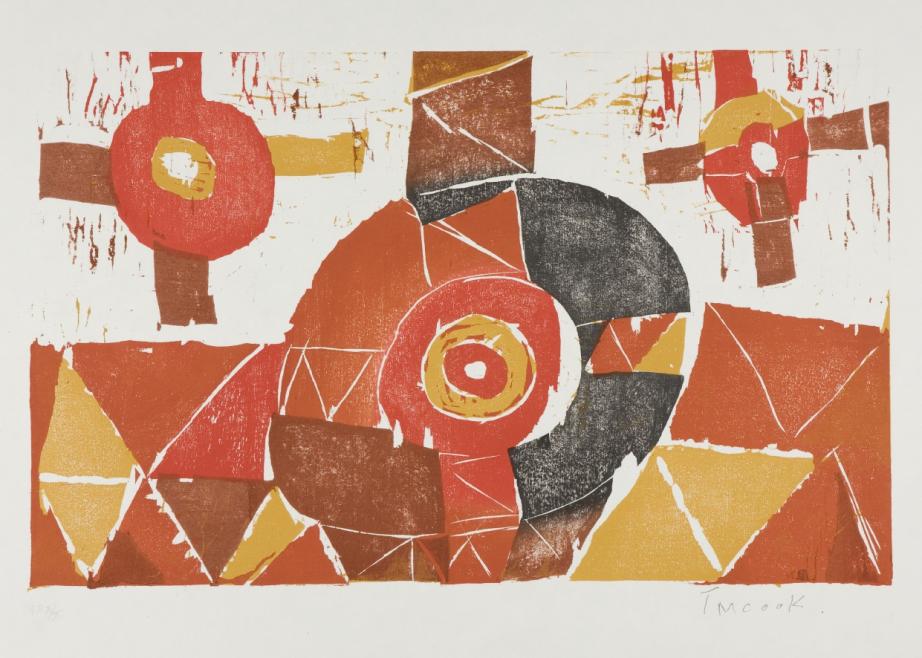 Curatorial insightTimothy Cook is an established artist working from Milikapiti (Snake Bay) on Melville Island in the Northern Territory. Cook was born on Melville Island and has spent all his life there engaged in Tiwi culture and ceremony, which informs his artistic practice. Although the sensibility behind each of Cook’s works is informed by Tiwi tradition, his works of art are truly unlike any other Tiwi artist. He is an innovator and depicts his traditional narratives in his own aesthetic, using large areas of negative space, fluid and spontaneous application of ochre, loose interwoven lines and rhythmic mark-making that renders surfaces with an almost shimmering surface. The works featured here make reference to the Kulama ceremony, a rite-of-passage for young Tiwi men. (AGWA, 2011)

Reproduction Inquiries Contact us about this artwork
< Back to search
Vernon id: 21224
© 2020 Art Gallery WA All rights reserved.