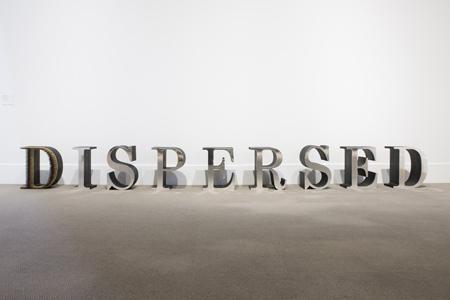 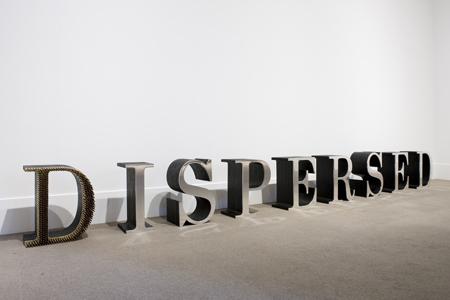 DISPERSED is a monument to the Aboriginal people who were driven off their land, and often killed, on the Queensland colonial frontier in the nineteenth century. The forced removal of Aboriginal people from their land was carried out by a special Native Police Force, which was formed to suppress Aboriginal resistance to colonial expansion.A Native Police Force unit consisted of one commanding (white) officer and a small corps of Aboriginal troopers (trackers). The troopers were drafted from rival groups or from hundreds of kilometers away from where they patrolled. Such recruitment was a very successful ‘divide and conquer’ tactic used by authorities to eradicate the local Aboriginal population.The Queensland Native Police Force massacred hundreds of Aboriginal men, women and children, often attacking Aboriginal camps at daybreak. To hide their actions from growing criticism, the commanding officer and other authorities would use the word ‘dispersed’ in diaries and government reports to disguise the killings. Foley now uses this word to draw attention to a grim and largely forgotten period in Australia’s history.Although the Queensland Native Police Force was the most notorious and long lasting, formal and informal forces existed in other Australian colonies, including Western Australia.

Curatorial insightDISPERSED explores the colonial history of Australia through a simple, yet incredibly powerful set of aesthetic qualities and visual cues. The work makes reference to the establishment of special taskforces across Australia during the 1800s. These government sanctioned forces, who became known as the Native Police, were positioned above common law and were able to take special measure to destabilise, intimidate and 'disperse' Indigenous populations. During these times, the term 'disperse' was understood as a direct euphemism for words such as 'kill', 'murder' and 'eradicate'. In this compelling sculptural work, first created by Foley in 2008 and comprised of nine individual components, we see the word DISPERSED spelled out before us. The first letter of the word, the letter 'D', is identical in size and construction; its face however features actual 0.303 inch calibre bullets across the entire surface, unlike the faces of the remaining eight letters which are finished with highly polished aluminium. (AGWA 2014)

Reproduction Inquiries Contact us about this artwork
< Back to search
Vernon id: 21103
© 2020 Art Gallery WA All rights reserved.