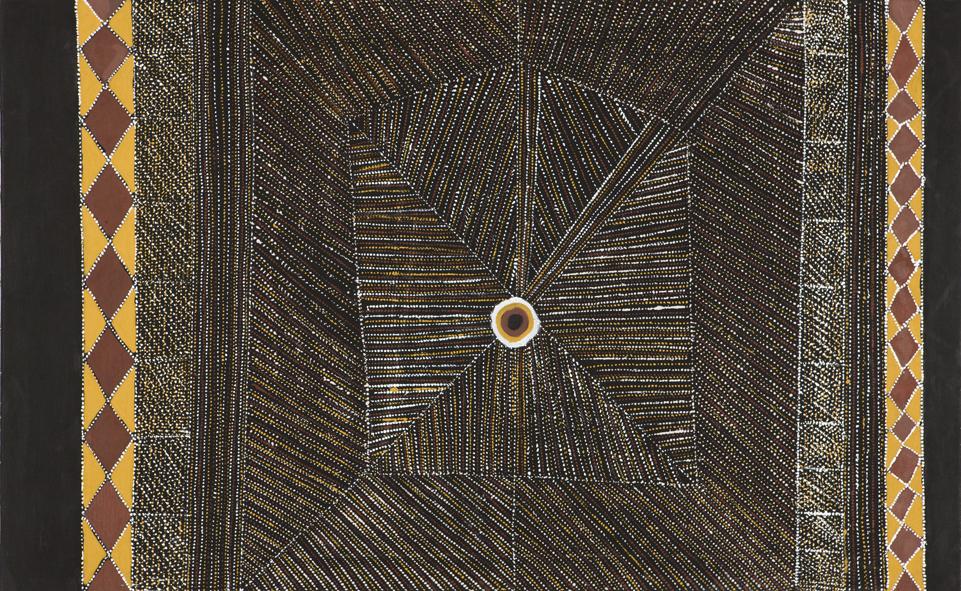 Justin Puruntatameri was considered the most senior lawman and custodian of cultural information across both of the islands that comprise the Tiwi Islands. Although he began painting on the body at a young age – for ceremonial purposes, it was not until 2010, that Puruntatameri transferred his important stories and places onto canvas for the general public.Tiwi map, 2011, conceptually identifies and locates significant sites for both the artist and his people. The colour palette is inspired by the colours worn by performers during ceremony. And, the application of paint on the painting replicates the fine lines painted on the body for ceremony. Tiwi artists create this pattern by using a traditional wooden comb that they make from locally sourced Ironwood. Such patterning is distinctly Tiwi in design.Carly Lane 11/04/2018

Reproduction Inquiries Contact us about this artwork
< Back to search
Vernon id: 20281
© 2020 Art Gallery WA All rights reserved.