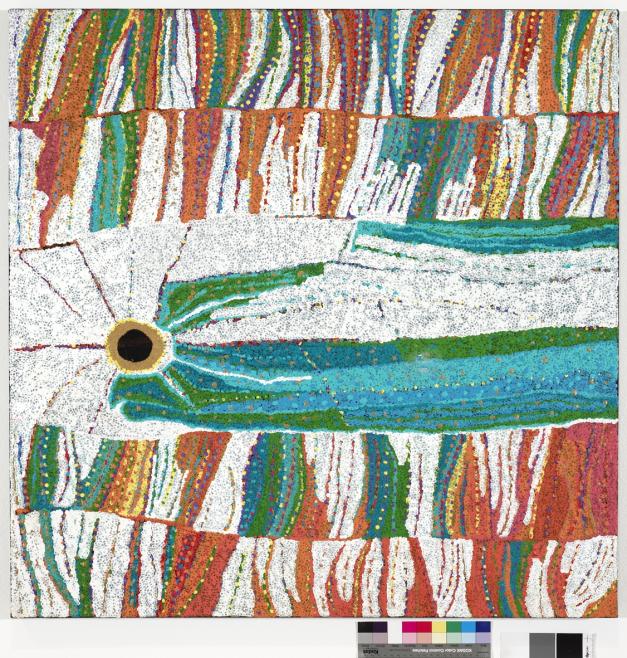 Curatorial insightWalbidi’s artwork is predominantly concerned with depicting his father’s country in the Great Sandy Desert. In the early seventies, Walbidi’s family walked out from the water-starved desert to the coastal homelands of the Karajarri people, where they lived at La Grange Mission. Five tribal groups from surrounding country came together from this forced exodus and from this a new community developed; the collaborative relationships inspiring the particular Bidyadanga style seen today. Walbidi’s work is a sumptuous explosion of both saltwater and desert colours, lines of miniature dots revealing the long grids of distance and time travelled by the Bidyadanga people, both literally and metaphorically. (AGWA 2012)

Reproduction Inquiries Contact us about this artwork
< Back to search
Vernon id: 19059
© 2020 Art Gallery WA All rights reserved.