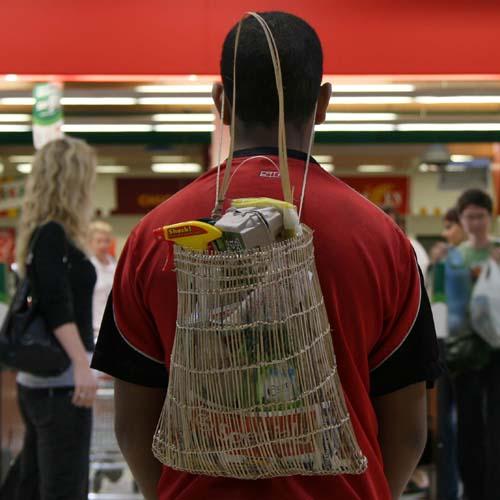 Curatorial insightTony Albert works predominantly in new media and investigates issues surrounding Indigenous identity and the representation of Indigenous people in contemporary culture. In the Optimism series, Albert presents photographs of his relative wearing a traditional woven form known as the Jawun on his back. For many the Jawun has only been seen in a museum environment, however in this series Albert reclaims the Jawun as a utilitarian object used by Indigenous people in everyday life. (AGWA 2009)

Reproduction Inquiries Contact us about this artwork
< Back to search
Vernon id: 19087
© 2020 Art Gallery WA All rights reserved.