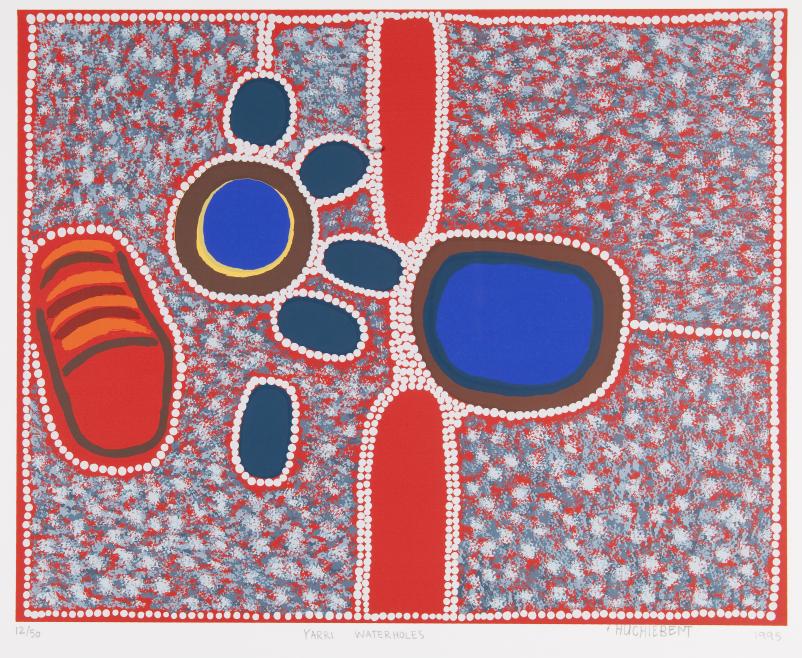 This print depicts two main waterholes in the Great Sandy DesertIn a good wet season they fill up and then overflow and join up. Whenthe dry season comes the waterholes dry up leaving a sandbank in betweenGrinding stones are left around the banks of the main waterhole.The Dreaming story associated with the waterholes refers to a timewhen a big mob of people were camped there. They had collectedseeds called Gud-du-bul, which they weren't supposed to eat. Theyground the seeds and mixed this with water in their coolamuns to makea paste which they threw on the fire to cook. This upset the spirit beings.The sky became overcast and rocks started falling down on the people,killing them as punishment. One woman escaped covering her headwith a coolamun. She is represented by a big rock near the waterholes.MR 21/09/2018

Reproduction Inquiries Contact us about this artwork
< Back to search
Vernon id: 18421
© 2020 Art Gallery WA All rights reserved.