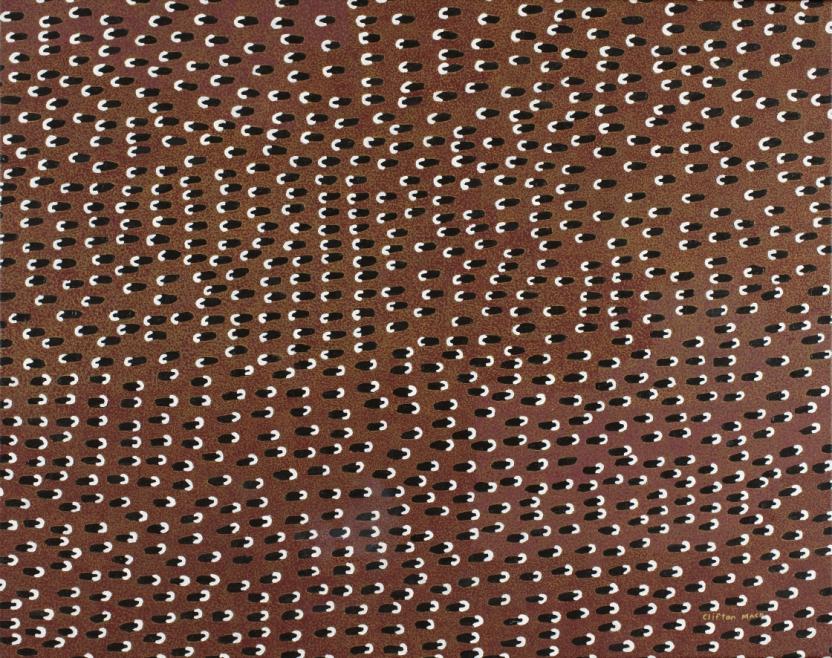 Curatorial insightMr Mack was born into a strong family and cultural background. His father was the revered Yindjibarndi rainmaker Long Mack, who passed to Mr Mack intimate knowledge of the location of water in the Pilbara region and an understanding of the freshwater-bringing serpent Warlu. Mr Mack commenced painting in 2001 while participating in a tertiary education course at Cossack and immediately began to express his cultural knowledge in a very particular style, which has continued to evolve and become increasingly sophisticated. He is now an elder of the Yindjibarndi people and is recognised as one of the pre-eminent painters in the artistically expanding Pilbara region. (AGWA 2012)

Reproduction Inquiries Contact us about this artwork
< Back to search
Vernon id: 17889
© 2020 Art Gallery WA All rights reserved.