Six Seasons: A suite of Prints 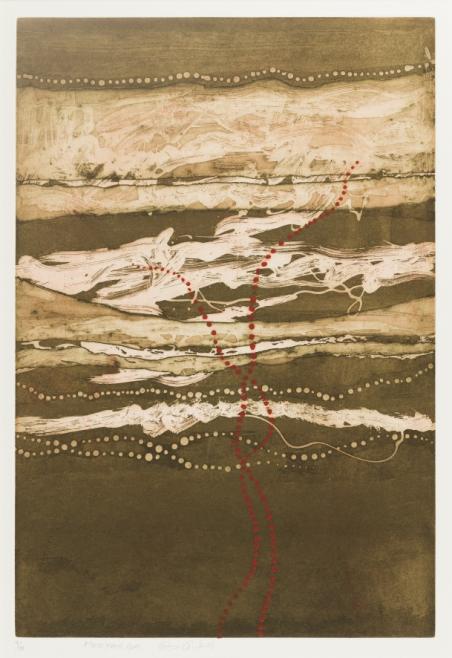 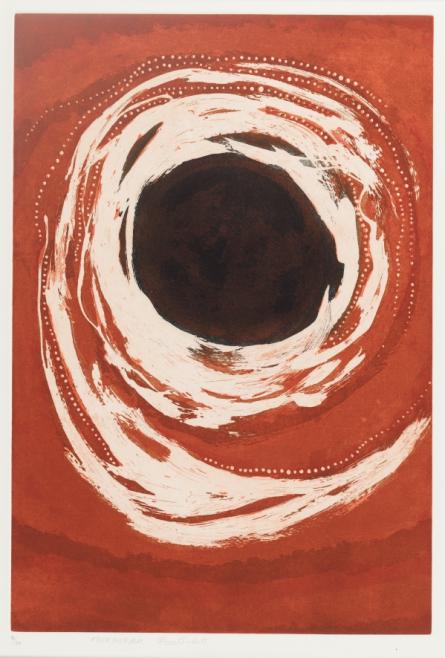 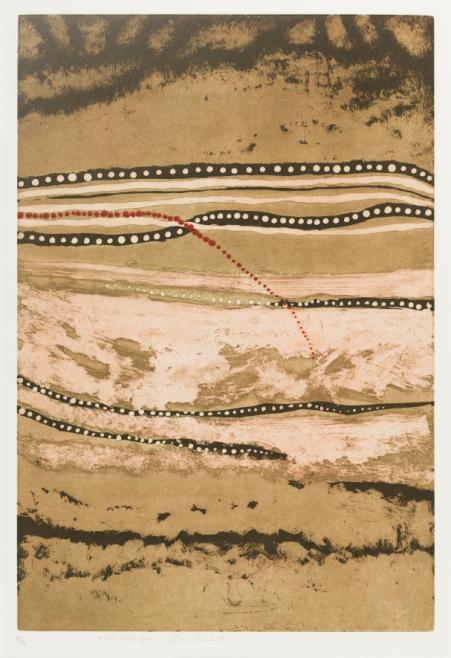 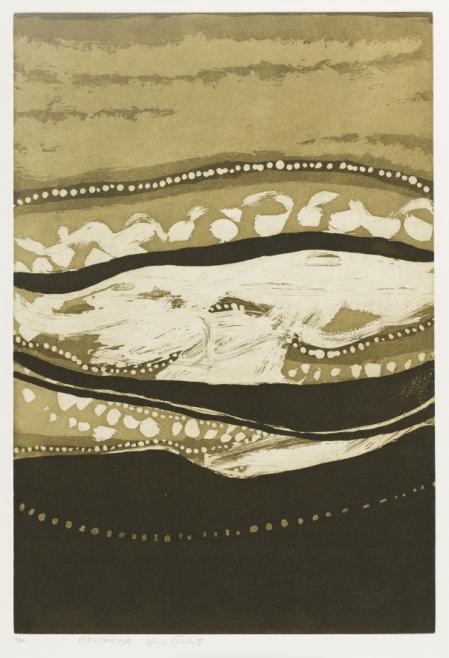 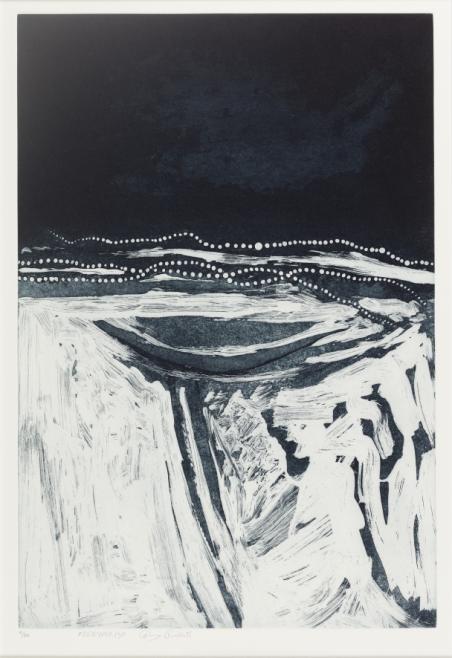 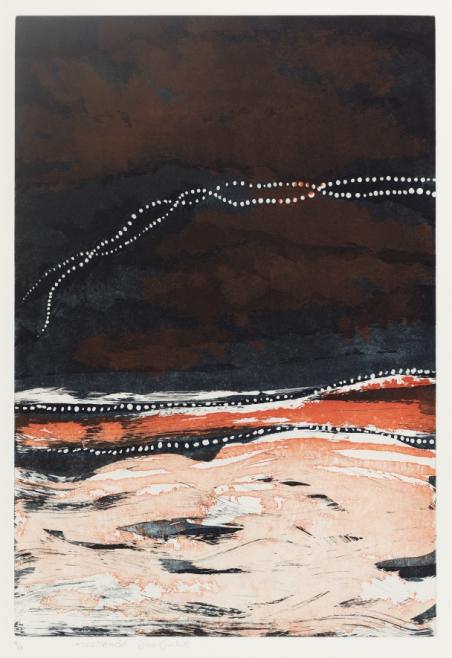 The making of this print series was the first time the artist worked with the medium of etching. The series “represents the six seasons that the Nyoongar people follow to guide them through their life” (Shane Pickett: Meeyakba 2017).The artist describes the six seasons (left to right):Djilba (July and August) is time for conception in nature’s womb. The rainbow lorikeet sings with happiness, as the frogs sing their love songs and wisdom for life to continue.Kambarang (September and October) bursts out in natural blooms of many different plant types to symbolise the birth of nature’s new life, and the boasting is part of the song and dance of the newborn.Biroc (November and December) is the season where nature sings the songs of childhood and the beginning of a new summer and warmer weather.Bunuroo (January and February) is the season where many adolescents become adults and the songs of marriage and responsibilities are of importance.Wanyarang (March and April) is a time when those who have recently attained adulthood pair up and prepare their places or homes for courtship. Males put on their best costumes to impress the females. Nature prepares itself for the next cycle.Muguroo (May and June) is the season of courtship and fertility. The magpie sings alone calling for rain and for all his clan to come and listen to the song of fertility. This is the beginning of nature’s new cycle.

Reproduction Inquiries Contact us about this artwork
< Back to search
Vernon id: 17713
© 2020 Art Gallery WA All rights reserved.