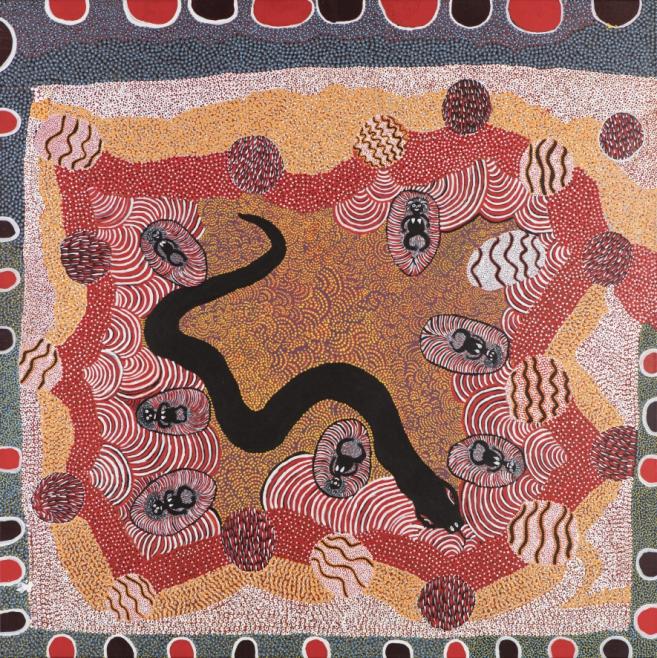 This is a popular dreamtime story of seven ladies being chased through the desert by one man. There are numerous scenarios as these ladies travel around. Eventually they rise up into the sky and form the Pleiades, a group of seven stars seen in the southern skies. There are many variations of this story. Angilya is a law woman and she shows the older of the sisters teaching the younger ones about their development as women and how they can survive in the bush.

Curatorial insightAngilya Mitchell is a strong Law woman for her community and holds a wealth of traditional knowledge about her country, Emu Country, near Kunmarnarra Bore. In this painting, Mitchell depicts a story of seven sisters being chased through the desert by one man; their adventures and their eventual escape into the night sky to become the Pleiades. The black snake dominates the canvas and brings the viewer into the very centre of the unfolding story. The seven sisters, diminutive and helpless, try to escape in radiating arcs across the canvas. (AGWA 2005)

Reproduction Inquiries Contact us about this artwork
< Back to search
Vernon id: 17317
© 2020 Art Gallery WA All rights reserved.