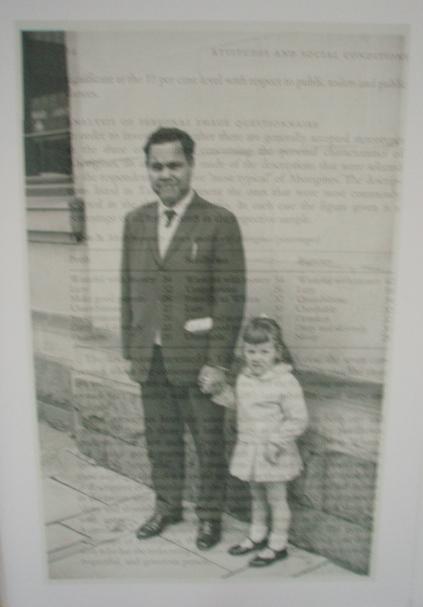 Curatorial insightIn these works Croft presents a photograph of herself as a young girl holding the hand of her father in Perth in the 1960s. This is overlaid with text from historical questionnaires that were offered in public forums about the ways Indigenous Australians should be treated. As such, they highlight the various forces at work to curtail the movements and other freedoms of Indigenous Australians within the dominant white culture. Croft’s relationship with her father is thereby seen to be forced to fit within and to challenge (by virtue of its untouchable privacy) such problematic power structures. (AGWA 2005)

Reproduction Inquiries Contact us about this artwork
< Back to search
Vernon id: 17313
© 2020 Art Gallery WA All rights reserved.