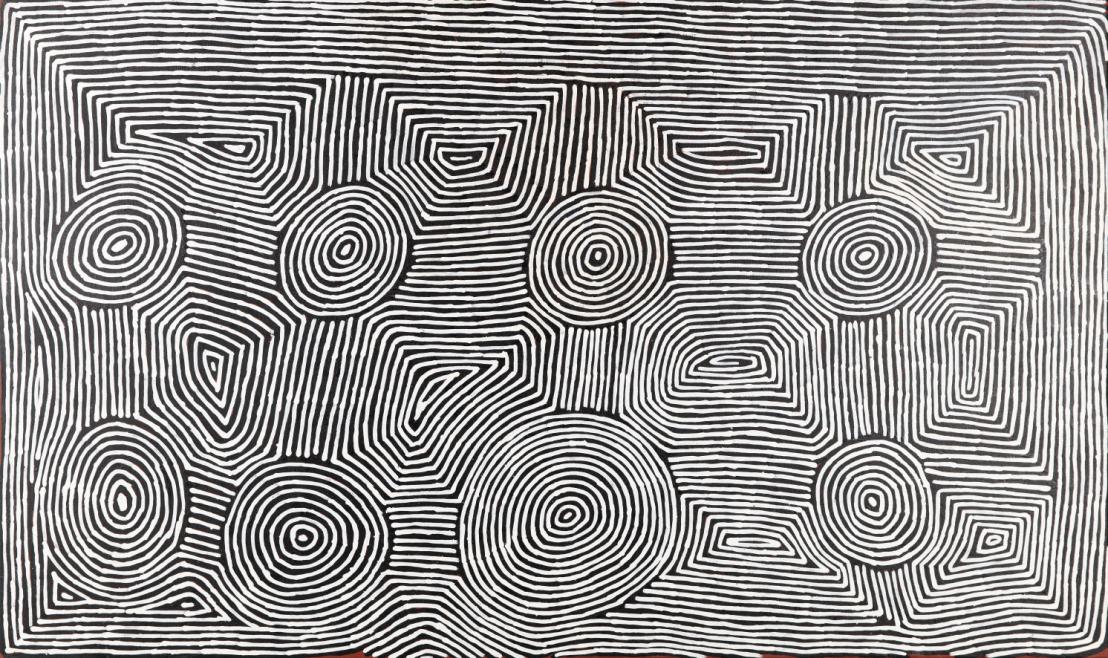 Curatorial insightSnake Dreaming at Ngukalupalkarra is a black and white painting depicting a traditional Western Desert design of concentric circles and lines associated with the Tingari cycle. The painting has been composed in such a way that the pattern constantly moves, causing it to shimmer. The movement in this painting is consistent with Tjungurrayi’s usual and distinctive style based on optical compositions, including stripes and circles. The design (and associated story) comes from the Snake Dreaming at Ngukalupalkarra, on the western side of Lake Mackay in the Northern Territory and the journeys of the Tingari men from the Tingari cycle. (AGWA 2004)

Reproduction Inquiries Contact us about this artwork
< Back to search
Vernon id: 16955
© 2020 Art Gallery WA All rights reserved.