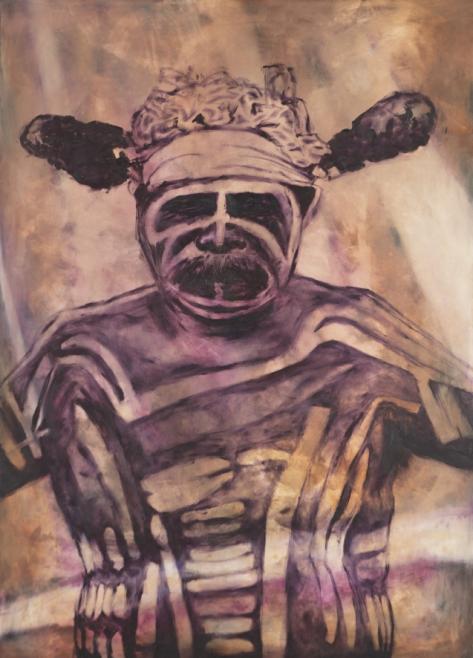 Curatorial insightMonnop is a larger than life portrait of an important song man from the region. The scale of the work is deliberate, as Monnop was said to have great powers in ‘singing’ love magic. The image is taken from a book of Daisy Bates’ writings on Aboriginal people of the Perth region, which was first published in 1992, and was also reproduced on the cover. In that case, the black and white archival image had been etched and cropped, somewhat reducing the powerful stance of Monnop. By painting his subject as larger than life size, in warm tones of bronze and purple, Pease has reinvested Monnop with dignity and presence worthy of his stature within his decimated community. (AGWA 2001)

Reproduction Inquiries Contact us about this artwork
< Back to search
Vernon id: 15868
© 2020 Art Gallery WA All rights reserved.