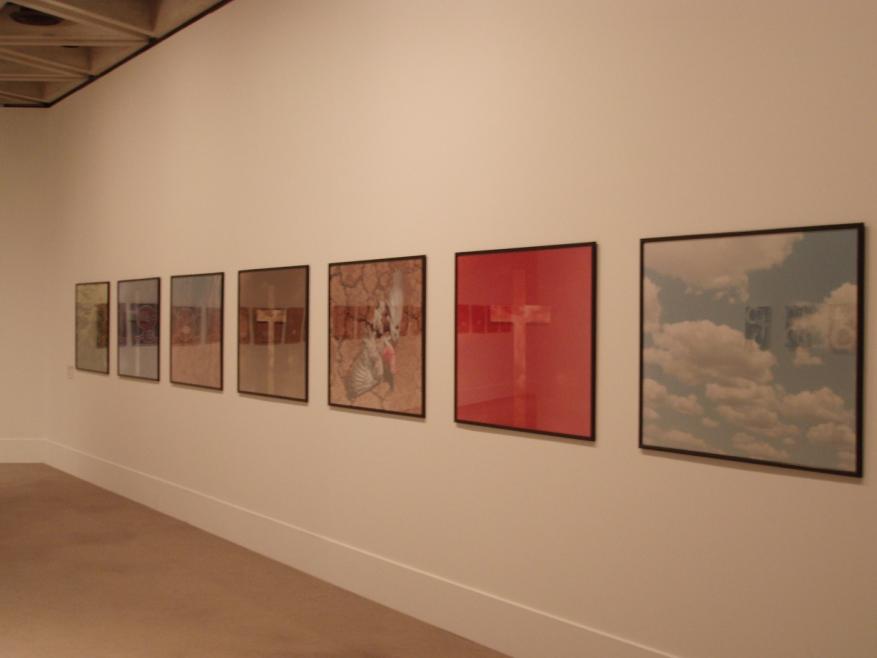 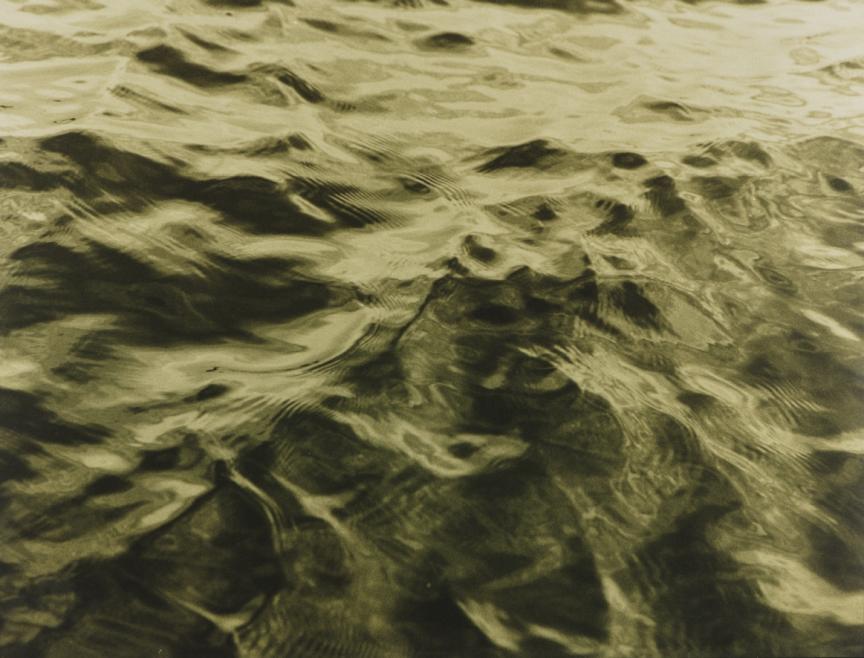 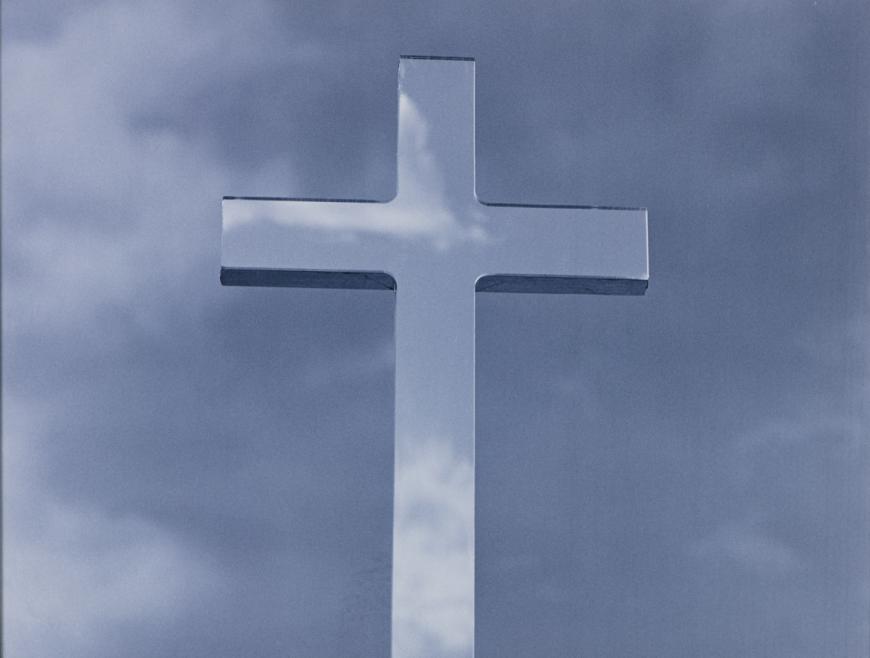 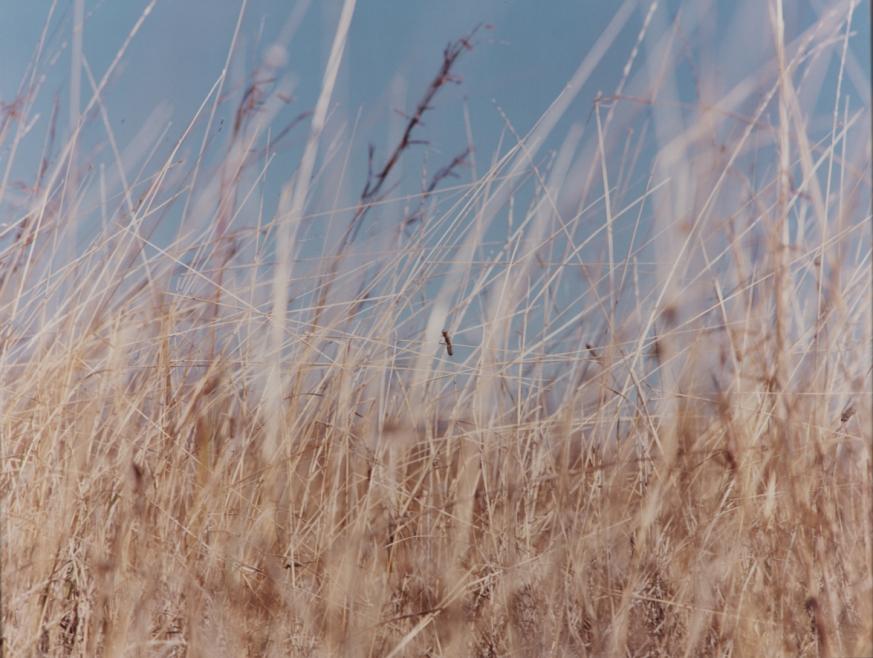 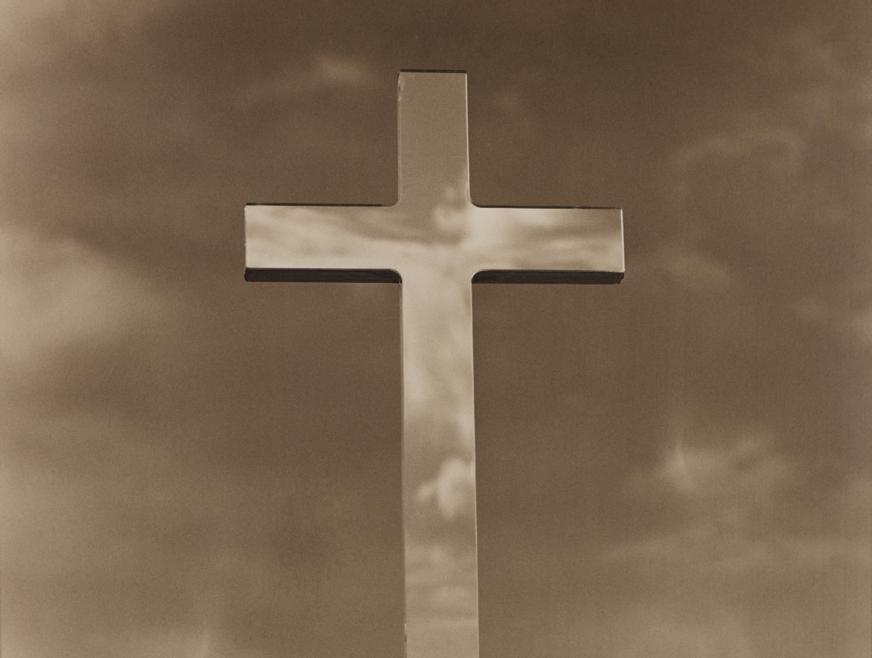 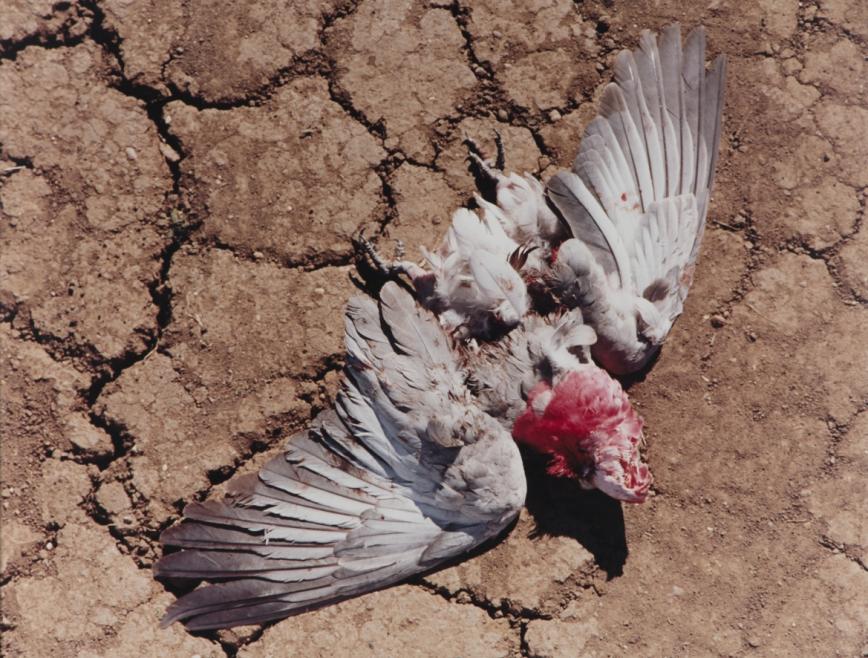 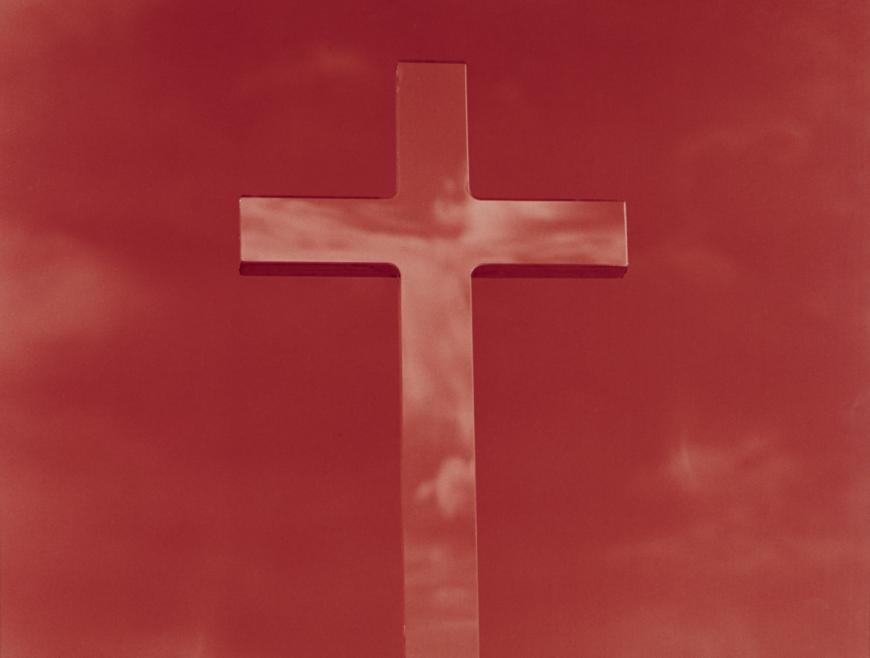 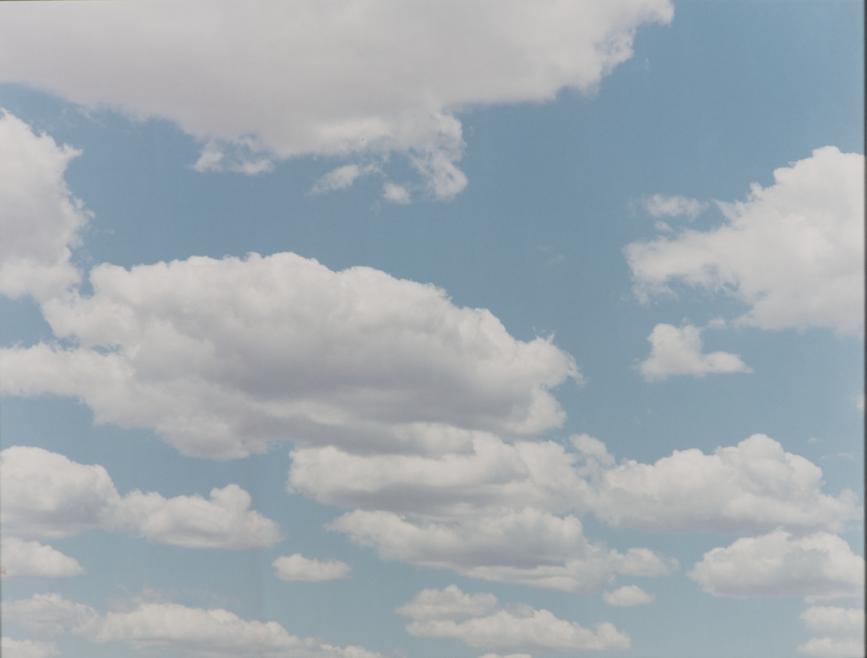 Video component was commissioned by the Sydney Olympic Games Organsing Committee, Olympic Arts Festival for the Festival of the Dreaming, 1997. Music composed by Antony Partos and performed by the Tasmanian Symphony Orchestra.

Curatorial insightDead galah on a dusty and cracked track; boundless skies with murky waters; hybrid wheatfields rustling in the wind; blood red, grey and blue crosses dominating the foregrounds; and a bible floating, as if in a dead-man position, on a shallow riverbed… Colonisation by means of the agricultural seed and the word of the bible are identified as two of the dominant means which have led to the descaralization of the landscape and culture of Aboriginal communities. Polluted rivers, over-farmed valleys, deforestation and raising salt beds are paired off with the ominous Christian crosses that dominate the foreground. By focussing on the ecological damage that went hand in hand with frontier myth of settlement and which was paralleled by the drive to civilize and convert Indigenous peoples to Christianity, Michael Riley is able to highlight the stunning contradictions of contemporary Indigenous experience. (Papastergiardis in Croft, Beyond the Pale, 2000)

Reproduction Inquiries Contact us about this artwork
< Back to search
Vernon id: 15592
© 2020 Art Gallery WA All rights reserved.