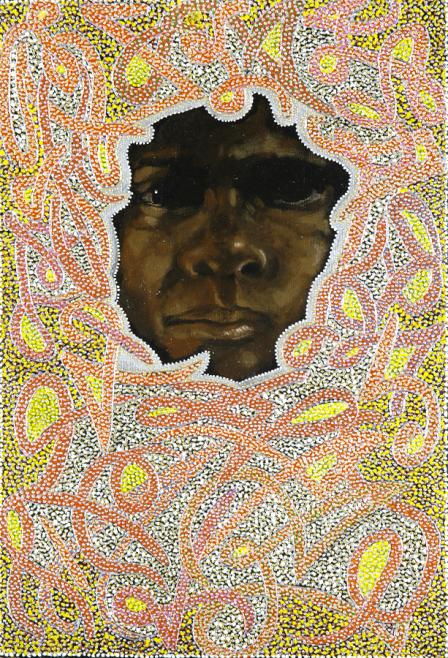 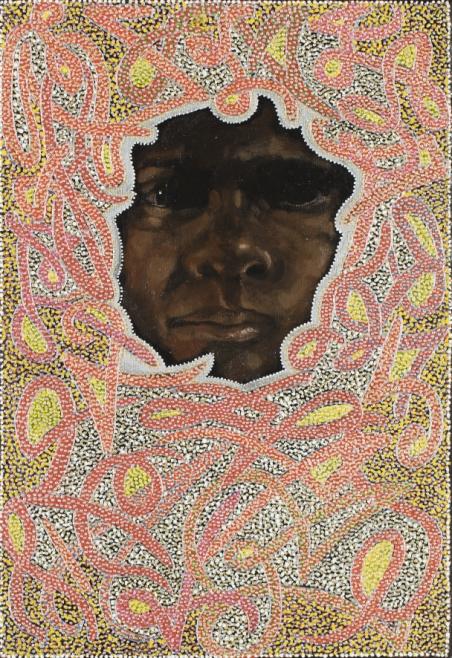 When I was living with my grandmother, Mollie, I was also teaching art toyoung first nation women at the Karawara community centre – Karawarawas a low socio-economic place where we used to live while growing up.Many of the young women had experienced homelessness from an earlyage. Some experienced it by themselves while others were homelessalong with their mothers and other family members.One woman described how she replaced her culture with rap and hiphopmusic and street tagging because it was a way to feel empowered.She also felt restricted by the culture of the “street”. Street culture tookher from her First Nation culture and she felt “…buried alive” by it. Theyoung woman equally found it difficult to talk about the void of notknowing enough about her First Nation culture. She was raised in awhite foster placement who did not think her culture was important tolearn but Afro-American culture was better somehow.

Reproduction Inquiries Contact us about this artwork
< Back to search
Vernon id: 15087
© 2019 Art Gallery WA All rights reserved.