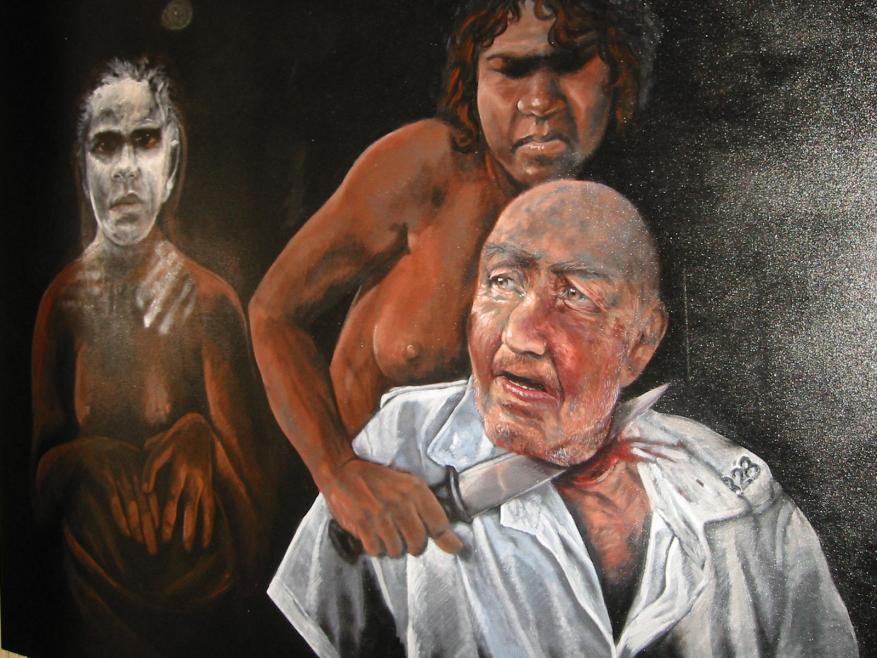 In the 1990s, three women were abducted and murdered from a streetin Claremont, where I used to show my art. In that same period, my longtimefriend was pulled from a telephone booth in her middle-incomesuburban street by two white men and dragged into a car. She wasterrified. Hours later, and only after they pulled into a police station, sherealised they were plain-clothes police officers. They had racially profiledher because she was First Nation in a middle-class suburb.Inspired by Artemisia Gentileschi’s painting, Judith Slaying Holofernes,1614–1620, I painted the emotions I felt for the patriarchal, racist policein Perth. The man in the shirt is a police sergeant with his ID numberbadge on his shoulder. The young woman wears white ochre as a signof spirit and mourning for all First Nation women who are murdered byoccupying forces and the constabulary.

Reproduction Inquiries Contact us about this artwork
< Back to search
Vernon id: 14661
© 2019 Art Gallery WA All rights reserved.