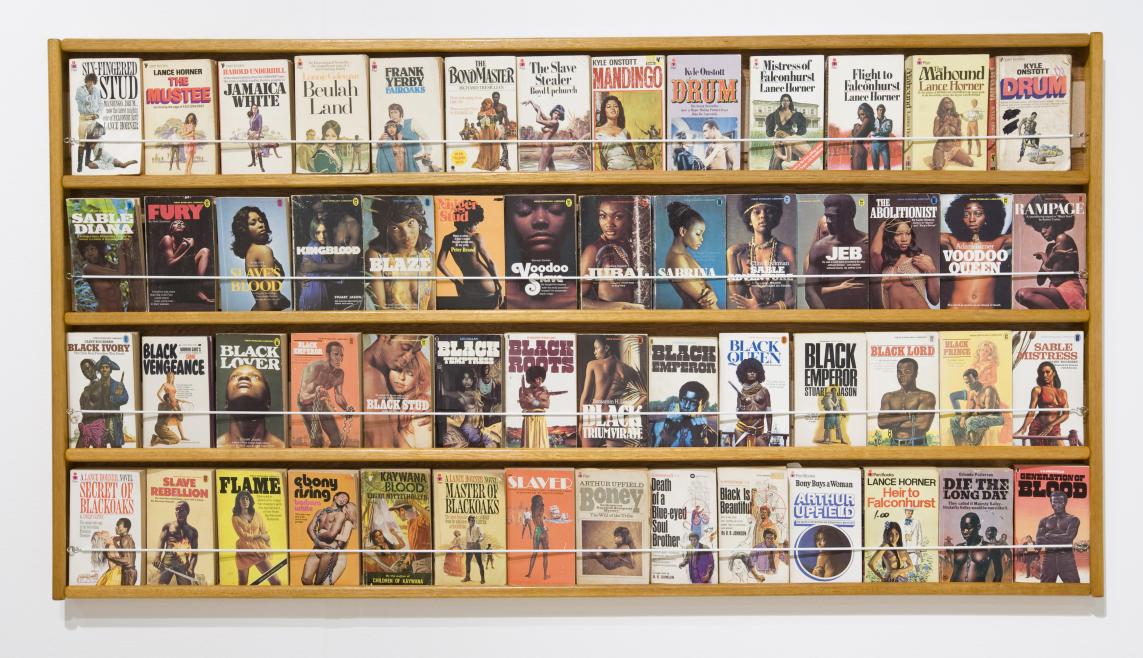 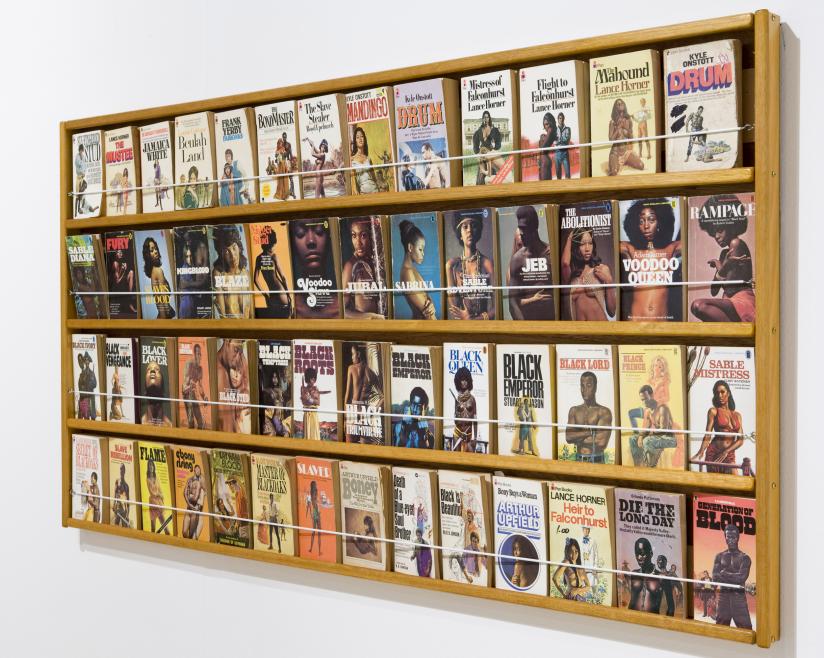 Julie Gough has spent many years researching historical events that have shaped the lived of Indigenous peoples around the world. Like many Australian artists who examine systematic racisim and opression, Gough looks beyond Australian national borders, engaging in global dialogues surrounding racially driven atrocities that have occurred around the world throughout a long colonial history. Bad Language, 1996, is comprised of a selection of collected books which through their imagery assert that possesing coloured skin is inately connected to well developed sexual abilities, defining coloured women and men as exceptionally virile. Throughout colonial history, the black figure has been heavily sexualised and these images, often turned into caricatures were commonplace globally and in Australia often taking form in book covers, ashtrays, tea towels and other household items. These innacurate depictions have contributed to a historical Australian brand which is highly offensive for Indigenous Australians,. Many Indigenous artists now collect these items to purposely recontextualise them in their works of art, or to simply remove them from circulation.

Reproduction Inquiries Contact us about this artwork
< Back to search
Vernon id: 14648
© 2020 Art Gallery WA All rights reserved.