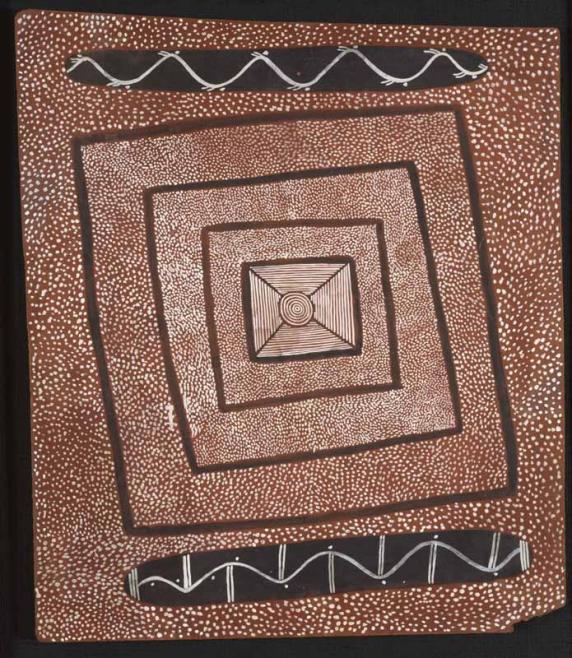 The sparseness of this painting is indicative of the essential linear symbolism that lies at the heart of much of the Central Desert aesthetic. The use of only three colours (black, white and red) gives the composition a starkness which appears as a dominant characteristic of Anatjari Tjakamarra's work. The construction of the composition around a series of concentric squares introduces the illusion of three-dimensionality, which led some early commentators to draw comparisons with aspects of 1960s Op Art.While maintaining a strong adherence to his traditional artistic roots, Anatjari developed a compositional complexity which finds a strong resonance with much contemporary art throughout the world. This feature of his work remains one of many mysteries of a style of art that has developed over thousands of years.

Reproduction Inquiries Contact us about this artwork
< Back to search
Vernon id: 14432
© 2019 Art Gallery WA All rights reserved.