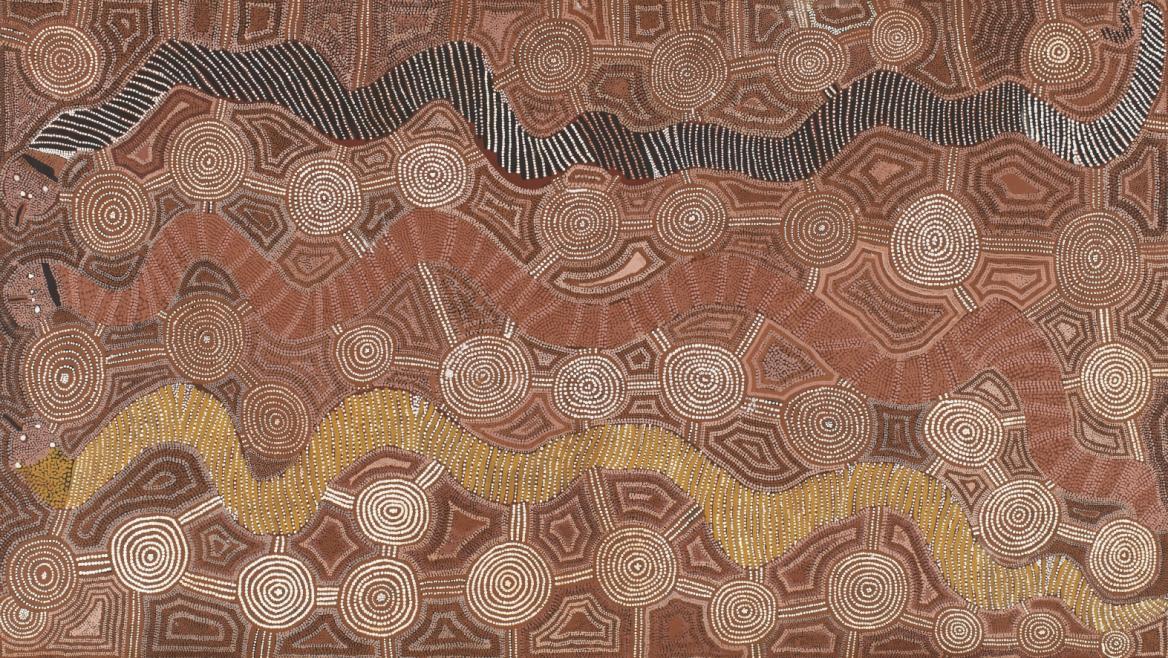 Curatorial insightAn imposing man, Yala Yala Gibbs Tjungurrayi was one of the first Pintupi men to request painting materials from Geoffrey Bardon in 1971. The elder brother of Willy Tjungurrayi, he was born at Iltututrunga, west of Lake MacDonald in the Northern Territory. Aware of the migration east by many Pintupi families, he walked with his family into Papunya to ascertain the developments there and camped on the settlement's west side, the direction of his country. Following the development of the outstation movement, he lived mainly at Mantati outstation, between Kiwirrkura and Walungurru. By the 1990s and in failing health, he moved to Walungurru. Tjungurrayi was senior custodian of the important men's site at Yawalyuru in the Great Sandy Desert and was a ceremonial authority of the region. His brilliant renditions of the stories of his country marked him out as a remarkable painter, and he was a consistent contributor to Papunya Tula from the earliest days of the movement until he passed away in December 1998. (Perkins and Fink, Papunya Tula: Genesis and Genius, 2000)

Reproduction Inquiries Contact us about this artwork
< Back to search
Vernon id: 13943
© 2020 Art Gallery WA All rights reserved.