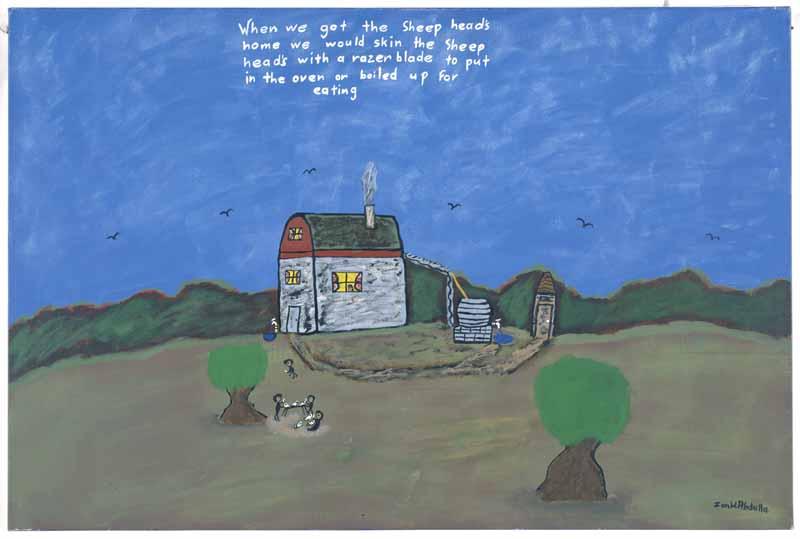 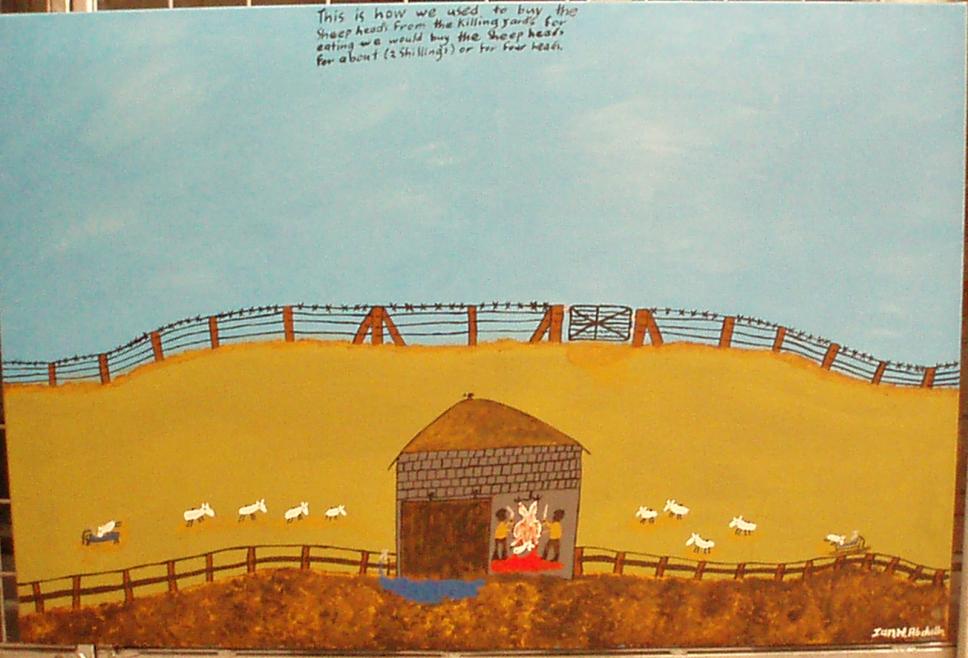 Storytelling is an important part of the Indigenous culture and each of Ian Abdulla's paintings tells us a story about his life and family history. These stories recount happy and sometimes humorous childhood memories however his paintings can also be suggestive of anger and violence. Through Abdulla's paintings, viewers are presented with stories and experiences that sometimes trigger memories of their own past.Abdulla's paintings are identifiable by the use of bright colour and text. The use of text became a marker for Abdulla's work. Scribed neatly the text often suggests to the viewer the narratives and experiences that have inspired the work.In Sheeps head trilogy Abdulla recounts everyday life for him and his family who at the time were living and working on a mission near the Murray River in South Australia. Emphasis is placed on the game of Cowboys and Indians the children would play with the bones of the sheep's head after it had been cooked and eaten. Abdulla is suggestive of the hardships in his life, but tends to make stronger references to happier memories of childhood. His use of anecdotal narrative is significant within his art practice and helps paint a picture of his life experience.

Reproduction Inquiries Contact us about this artwork
< Back to search
Vernon id: 11771
© 2020 Art Gallery WA All rights reserved.