Sacred objects in the dreamtime 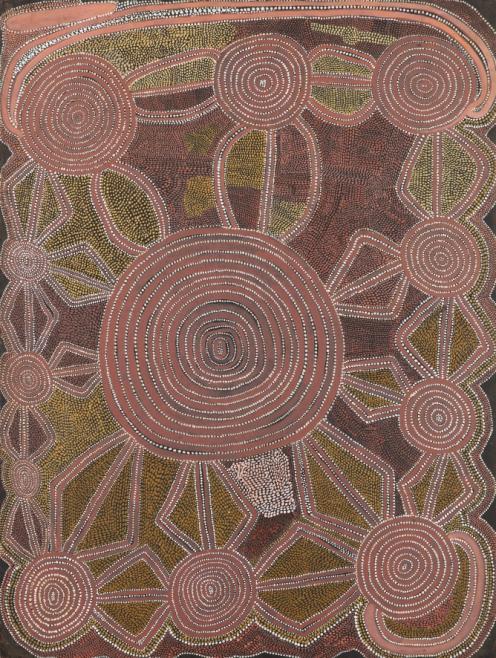 Curatorial insightBorn at Walukuritji, south of Lake MacDonald, Shorty Lungkata Tjungurrayi probably arrived at Haasts Bluff about 1948. He was one of the last artists to join as a founding member of the Papunya painting group. A great hunter, Tjungurrayi was considered one of the most senior men in the Pintupi community at Papunya, renowned for his ritual authority and his dancing. He accompanied Nosepeg Tjupurrula on expeditions guiding film crews. He moved to Walungurru in the early 1980s in order to be close to his country. Tjungurrayi raised the artist Linda Syddick Napaltjarri after her father Musty Siddick died. She gained valuable painting experience by assisting him with his work. (Perkins and Fink, Papunya Tula: Genesis and Genius, 2000)

Reproduction Inquiries Contact us about this artwork
< Back to search
Vernon id: 7941
© 2020 Art Gallery WA All rights reserved.