Men of the dreamtime 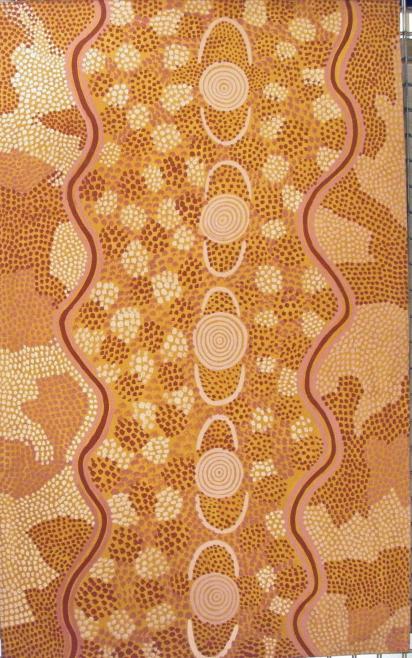 Curatorial insightBorn at Ilpitirri near Mount Denison, Billy Stockman Tjapaltjarri survived the Coniston massacre of 1928. He was raised in the family of his mother's sister, who was Clifford Possum and Tim Leura Tjapaltjarri's mother, and he grew up at Napperby Station and Aileron. As his name suggests, he worked as a stockman at Napperby Station. Being one of the men who painted the Honey Ant Dreaming mural on a wall of the Papunya Special School in 1971, Billy Stockman was present at the very genesis of the Papunya Tula art movement. (Perkins and Fink, Papunya Tula: Genesis and Genius, 2000)

Reproduction Inquiries Contact us about this artwork
< Back to search
Vernon id: 7934
© 2020 Art Gallery WA All rights reserved.