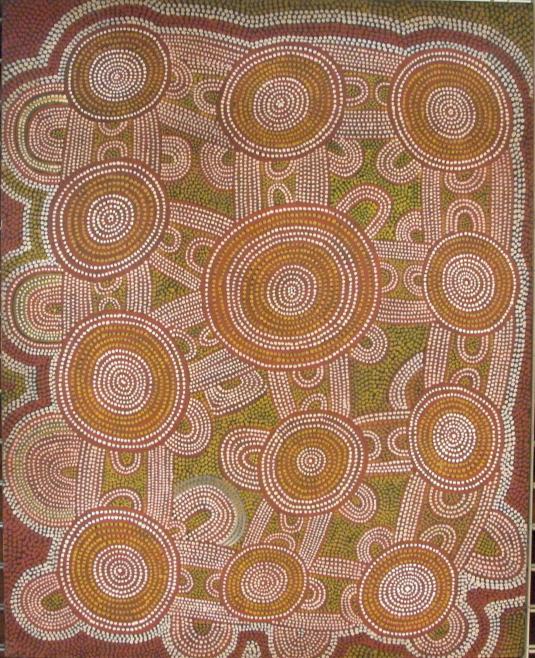 Curatorial insightIn the Dreaming, the Tingari men journeyed across the Western Desert stopping in certain places to enact rituals that form an important part of present-day ceremonial cycles. In this painting a group of elders is sitting in a circle retelling the events that occurred at Mayilinna in ancestral creation times. They later show sacred objects and perform ritual ceremonies for the initiates who accompany them. The elders are represented by the band of circles in the middle and the novices are the rows of circles on either side. The bars connecting the circles represent the ceremonial poles erected during the ceremony. (Croft, Indigenous Art: Art Gallery of Western Australia, 2001)

Reproduction Inquiries Contact us about this artwork
< Back to search
Vernon id: 7928
© 2020 Art Gallery WA All rights reserved.