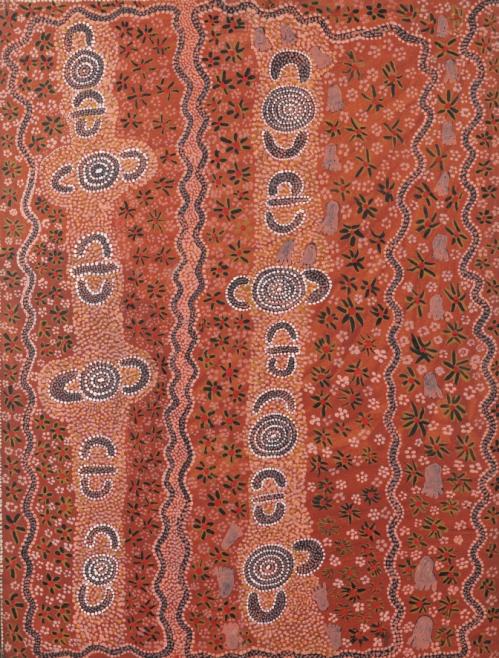 Curatorial insightThis painting represents a Dreaming camp of the legendary women of Katara in the Mount Wedge Range of Central Australia. In the Dreaming, women and men often took separate journeys, and places where the women camped are today important ceremonial sites where only the women can participate in secret ceremony. Female symbols dominate the painting. Bark from parrot flowers is used to make nyalyipi rope, represented by the wavy lines that extend from one end of the painting to the other. The circles are rockholes and the women’s digging sticks are small lines between U-shapes, which represent the women sitting in their camps. The parallel footprints are the dancing of the women. (Croft, Indigenous Art: Art Gallery of Western Australia, 2001)

Reproduction Inquiries Contact us about this artwork
< Back to search
Vernon id: 7923
© 2020 Art Gallery WA All rights reserved.