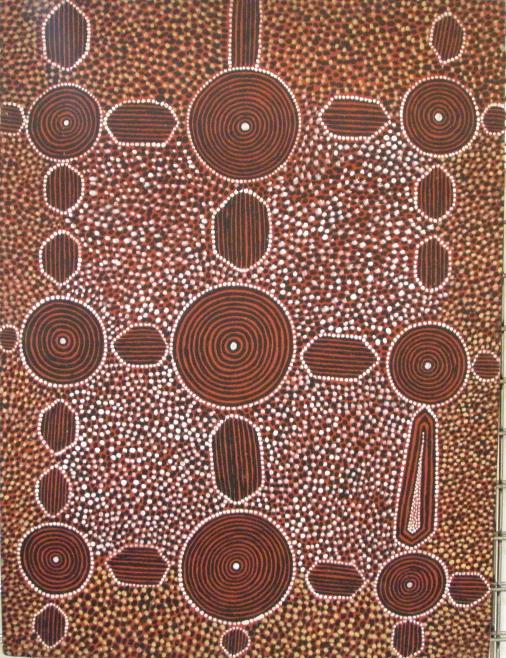 Curatorial insightAnatjari Tjakamarra was born at Ngaanyatjarra (Ngumatja) near Kulkuta, a large rockhole near the Pollock Hills in Western Australia. He and his two wives and two daughters were among the last Pintupi people to be contacted by the Northern Territory Welfare Branch patrols, this particular patrol being documented in Douglas Lockwood's book The Lizard Eaters (1964). They moved to Papunya in 1966, and Tjakamarra was working as a gardener at the school when Geoffrey Bardon arrived there. He became a foundation member of the original Papunya group of painters. In the early 1980s, he established Tjukula outstation between Walungurru (Kintore) and Docker River, where he lived and worked throughout the decade. He had a solo exhibition at the John Weber Gallery, New York, in 1989, and his painting Tingari cycle Dreaming at Paratjakulti 1989 became the first work by a Western Desert artist to enter a major international collection when it was purchased by the Metropolitan Museum of Art in New York. (Perkins and Fink, Papunya Tula: Genesis and Genius, 2000)

Reproduction Inquiries Contact us about this artwork
< Back to search
Vernon id: 7920
© 2020 Art Gallery WA All rights reserved.