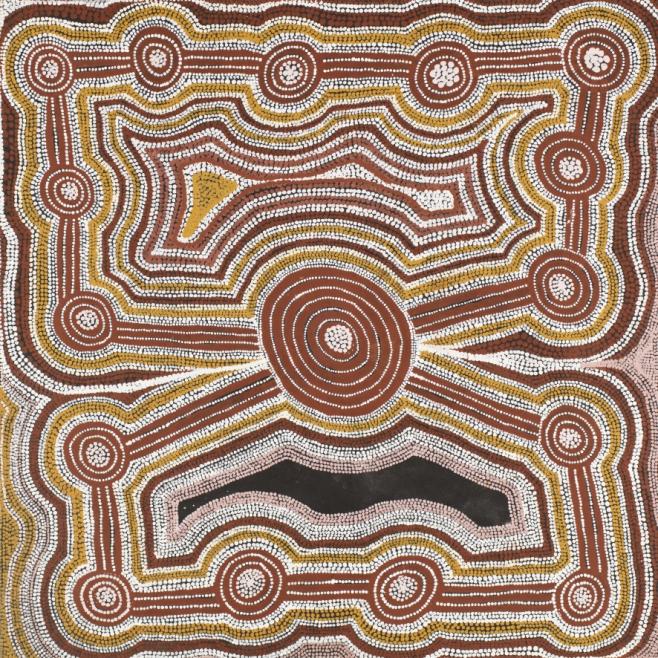 The black area in the centre of the painting probably represents a cave. The Tingari Cycle contains information of a highly secret-sacred nature only revealed to senior initiated men. Little devils is given by artists painting subjects related to the Tingari Ancestors.

Curatorial insightThe artist was one of the original Papunya Tula artists who began the new painting movement in the early 1970s with the encouragement and support of Geoff Bardon. Tjungurrayi moved away from Papunya in the 1980s and lived at a small outstation on the traditional land for which he was the senior custodian. (Croft, Indigenous Art: Art Gallery of Western Australia, 2001)

Reproduction Inquiries Contact us about this artwork
< Back to search
Vernon id: 1072
© 2020 Art Gallery WA All rights reserved.