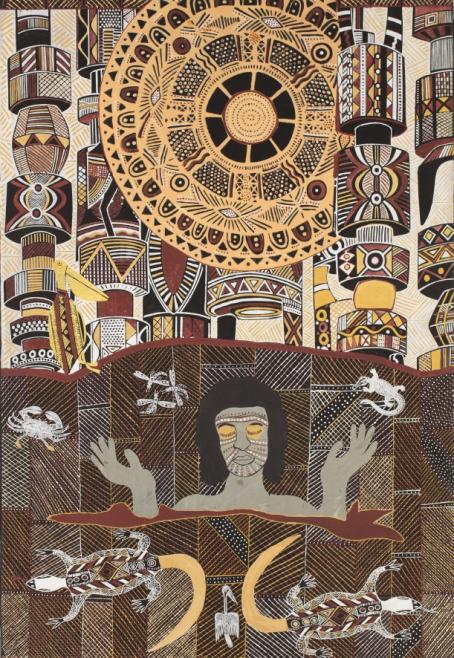 Curatorial insightBede Tutuulum was born at Nguiu, Bathurst Island in 1952. From the time he was a little boy he watched his father, famous sculptor Gabriel Tungutalum, carving pukumani poles and birds from ironwood. While attending Xavier Boys School at Nguiu, he was taught how to cut woodblocks for printing. His earliest prints date from the 1960s. As he grew older and passed through various age-grading ceremonies,Tutuulum was taught the significance of the designs, as well as how to carve and paint. Now that most of the senior ceremonial carvers have passed away, he has become a leading authority on Tiwi artistic traditions. (AGWA 2013)

Reproduction Inquiries Contact us about this artwork
< Back to search
Vernon id: 1093
© 2020 Art Gallery WA All rights reserved.